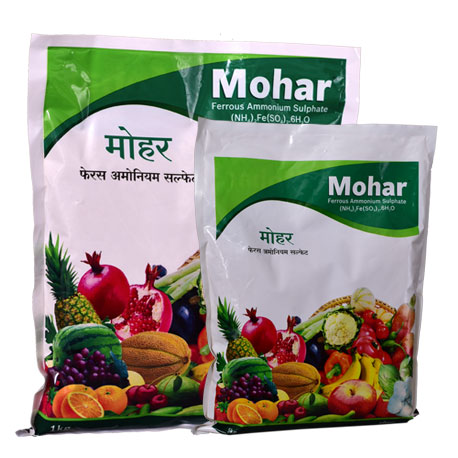 MOHAR is a cr ystalline water soluble solid containing Iron, Nitrogen, Sulphur. MOHAR is used mostly in the soils where, Iron is deficient and the soil is neutral to alkaline in nature.
Composition :-  Iron :- 14 %, Nitrogen :- 7 %, Sulphur :- 8 %

MOHAR is compatible with almost all kinds of fertilizers except phosphatic  fertilizers.